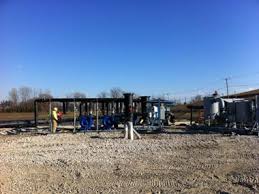 Clean Energy, the largest supplier of natural gas fuel for transportation in the U.S., its wholly-owned subsidiary Clean Energy Renewable Fuels, and Republic Services, the second-largest domestic trash collection and recycling company, have recently launched a project that will allow for the capture of landfill gas from municipal solid waste, and its refinement into pipeline quality gas and vehicle fuel. Through this collaboration, Clean Energy Renewable Fuels has built a large biogas processing facility at the Republic landfill site in Canton, MI, which began operating in 2012. The facility will be capable of producing six million diesel gallon equivalents (DGEs) annually at maximum capacity. Republic Services may use some of the RNG produced for its natural gas-powered refuse collection vehicles. But most will be distributed throughout the country, via natural gas pipeline, to Clean Energy customers, and potentially other users. In a separate agreement, Clean Energy will also design, build and operate 14 CNG refuse truck fueling stations at various Republic fleet locations. Republic has so far converted around 1,000 of its 16,000 refuse trucks to alternative fuels, the majority of which are CNG.