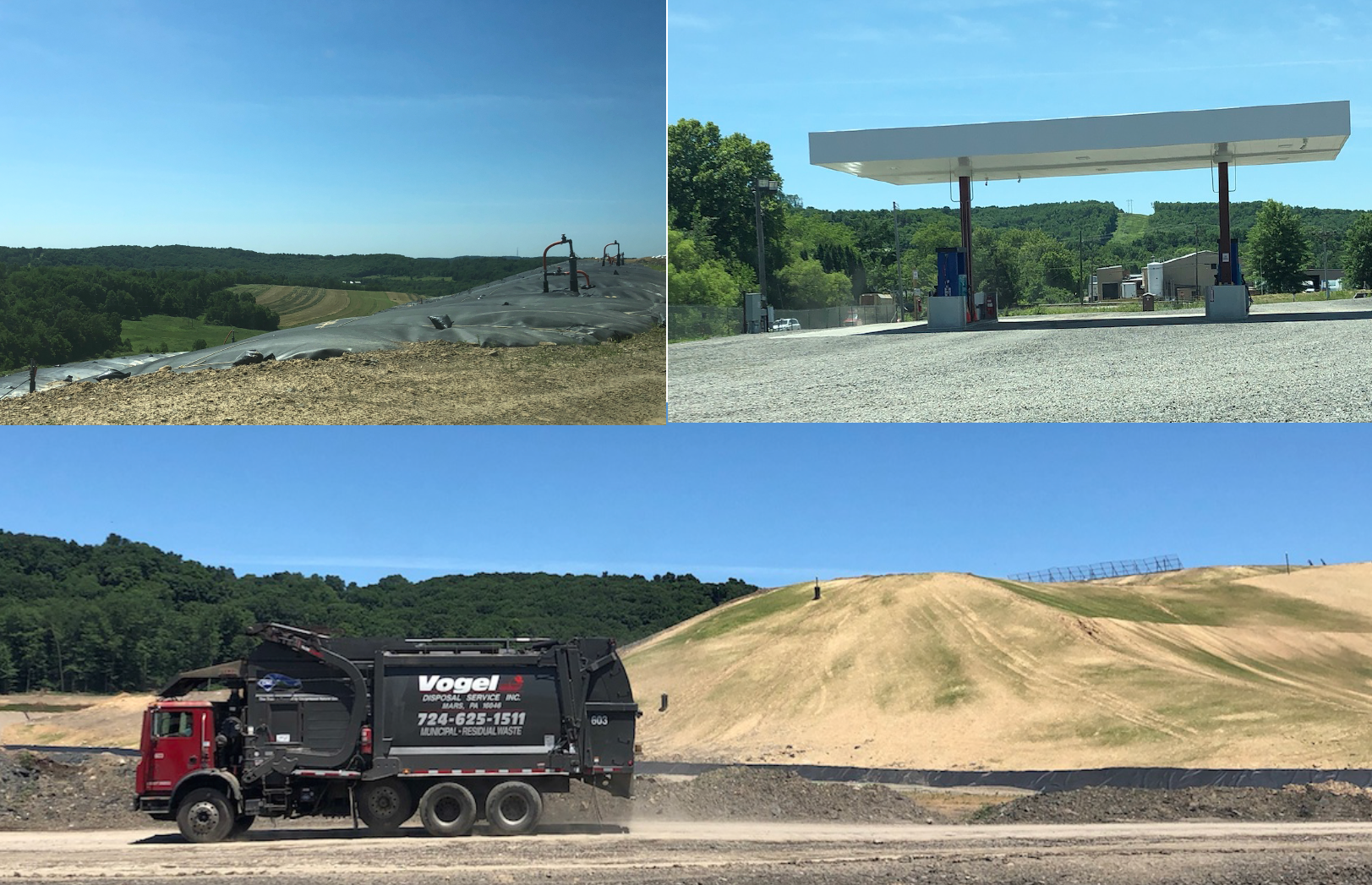 At Seneca Landfill, located outside Pittsburgh, Pennsylvania, Vogel Disposal has created a closed-loop system that transforms municipal solid waste into clean, domestic, ultra-low-carbon renewable natural gas vehicle fuel. By utilizing landfill biogas as a source of vehicle fuel, Vogel Disposal is able to cost-effectively mitigate methane emissions, reduce odors and provide a sustainable and cost-effective source of fuel for a portion of its heavy-duty refuse fleet. At Seneca, landfill biogas is generated as the organic fraction of the mixed municipal waste breaks down. After it is extracted using wells and a vacuum system, the landfill gas, which is approximately 50-60% methane and 40-50% carbon dioxide (CO2), has limited uses in its raw state as it is high in moisture and impurities, including hydrogen sulfide and siloxanes. The moisture, CO2 and contaminants must be removed before the gas can be combusted in vehicles or injected into the local natural gas pipeline. This is accomplished by Seneca’s on-site methane-recovery system, which utilizes Air Liquide membrane and pressure swing adsorption technology to produce pipeline quality (>96% methane) RNG. After the raw gas is cleaned, it is transported to a new compressed natural gas fueling station adjacent to the landfill that became operational in January 2018. The station is equipped with on-site gas storage to manage the imbalance between gas production (24/7) and fuel demand. About 25% of Vogel Disposal’s refuse fleet (35 vehicles), already equipped with Cummins Westport natural gas engines, use the station to fuel up on RNG, as do other public and private CNG vehicles in the region. The RNG not stored and dispensed to vehicles on-site is injected directly into the local natural gas pipeline where it is transported to other fleet customers running natural gas vehicles. The economic viability of the project is largely driven by the US EPA’s Renewable Fuel Standard (RFS2), under which RNG is eligible to generate valuable credits (known as RINs) for use as a domestic, renewable, and ultra low-carbon transportation fuel. State funding totaling $800,000 toward the construction of the new CNG station at the landfill provided an added incentive. Moving forward, Vogel Disposal envisions a day when its entire fleet runs on RNG produced by the very “waste” it collects and manages.