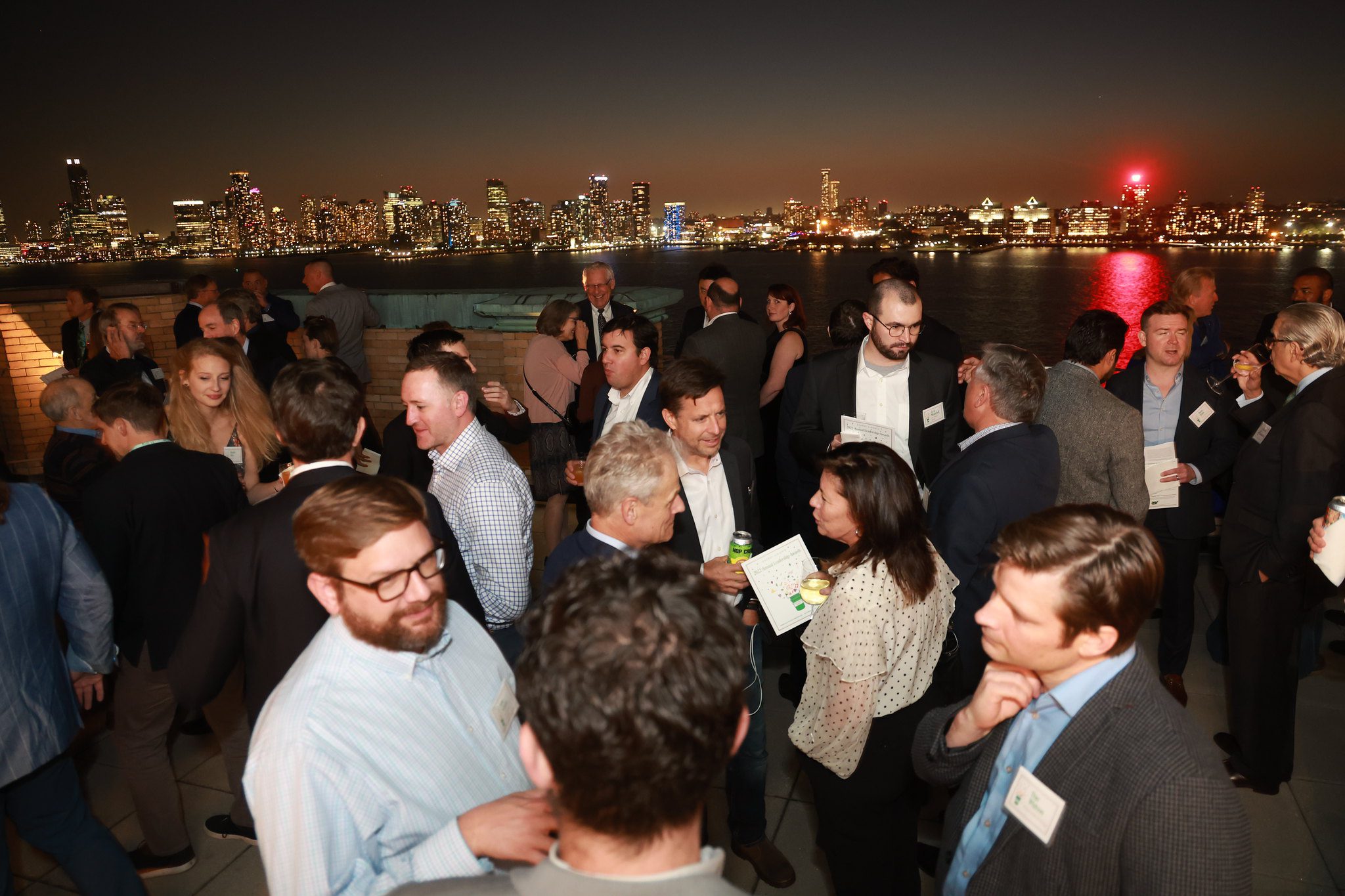 Energy Vision’s Board Chair, Stephen Land, welcomed our 150 government, business and EV supporters, and President Matt Tomich presented a brief video on our awardees before introducing these clean energy pioneers.

New York City Department of Environmental Protection (DEP), along with its partners National Grid and Waste Management, received the first award for their groundbreaking project at the DEP’s Newtown Creek Water Resource Recovery Facility (WRRF) in Brooklyn.  Waste Management will bring the plant up to 500 tons of “slurried” city food waste (8% of all the food waste generated in NYC) to process along with the 300 million gallons of wastewater the plant treats a day.  National Grid will then upgrade the methane biogases generated by the decomposing food waste and wastewater into clean, carbon-free renewable natural gas fuel, which will provide fuel for more than 5,000 homes in Brooklyn.

Were the Newtown Creek model replicated at other large wastewater plants in the DEP’s system (DEP operates 14 plants total), this critical city infrastructure could recycle up to 25% of the City’s food waste and produce enough RNG locally to replace all the polluting diesel fuel now used to power NYC’s 6,000+ heavy duty trucks, avoiding the climate and health impacts of their exhaust.

A First of a Kind Environmental Justice Project

Energy Vision’s second 2022 award went to an initiative under construction on the South side of Chicago, called the Green Era Campus. This project will include an anaerobic digester facility and an adjacent urban farming campus. Partnering with community groups including the Black- and women-led Urban Growers Collective, Green Era is transforming a nine-acre, formerly vacant brownfield site. The project will use the high-quality compost made in the digester in an urban farm oasis, supporting local fresh food production for the historically polluted and underserved Auburn Gresham neighborhood. The digester will also produce RNG fuel to use or sell. Green Era is the first community-based energy project of its kind in the country.

Jason Feldman, an entrepreneur and co-founder of Green Era Sustainability accepted the EV award. He said. “Recycling food waste in digesters is an easy, cost-effective alternative to landfilling it.  This project helps meet our zero-waste goal while benefiting the community. The campus will lift up the South Side of Chicago as a blueprint for the nation in developing an equitable green economy and a sustainable future for all.”

Nature Energy, the European leader in biomethane production, won the evening’s third award. This company, once a small municipal gas utility in Denmark, left the fossil gas business behind to become the largest producer of biomethane in Europe by a factor of two. It has 12 large anaerobic digester facilities in Europe, and new projects are under development in five countries, including the US and Canada.  Its plants collect organic wastes from businesses and from family farms, producing ultra-low-carbon RNG and valuable income for the farmers.

Steen Parsholt, Vice Chairman of Nature Energy, accepted the award. He said, “We’re excited about this prestigious Energy Vision award. We’re also excited about the US Inflation Reduction Act, whose investment tax credits and new incentives for carbon sequestration will strongly support capital investment in anaerobic digester projects. We expect to expand biomethane production by nine times in the next five years.”

We thank Hunt Country Vineyards, Chatham Brewery and Cantera Negra for their donation of beverages and Trader Joe’s, Kiehls and Commit-to-Green for our gift bags. We thank Gordon Donovan for photographing our event, and Mark Bragg for our video. 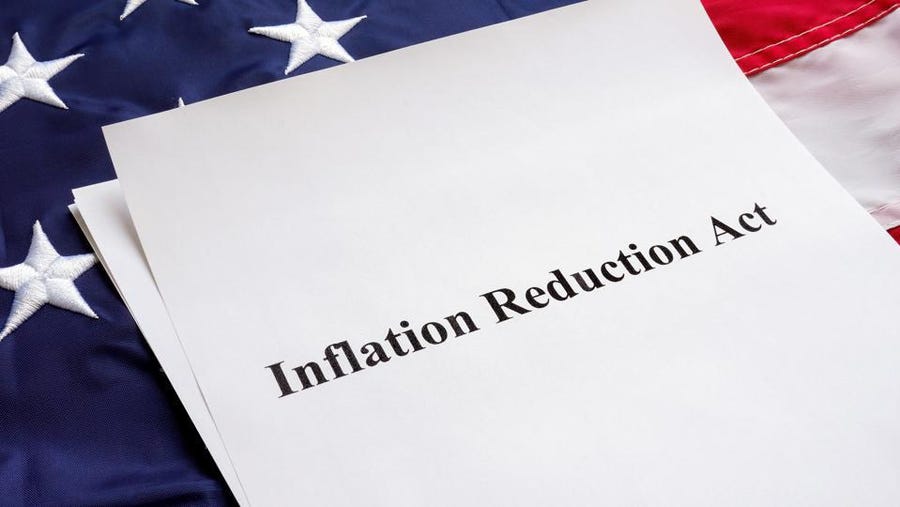 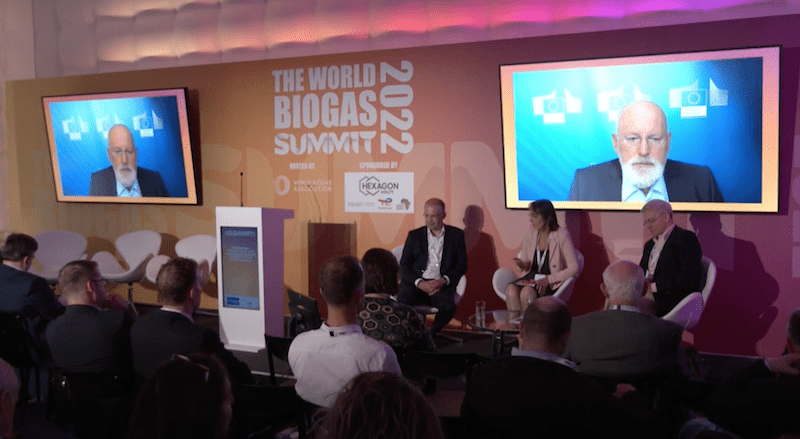