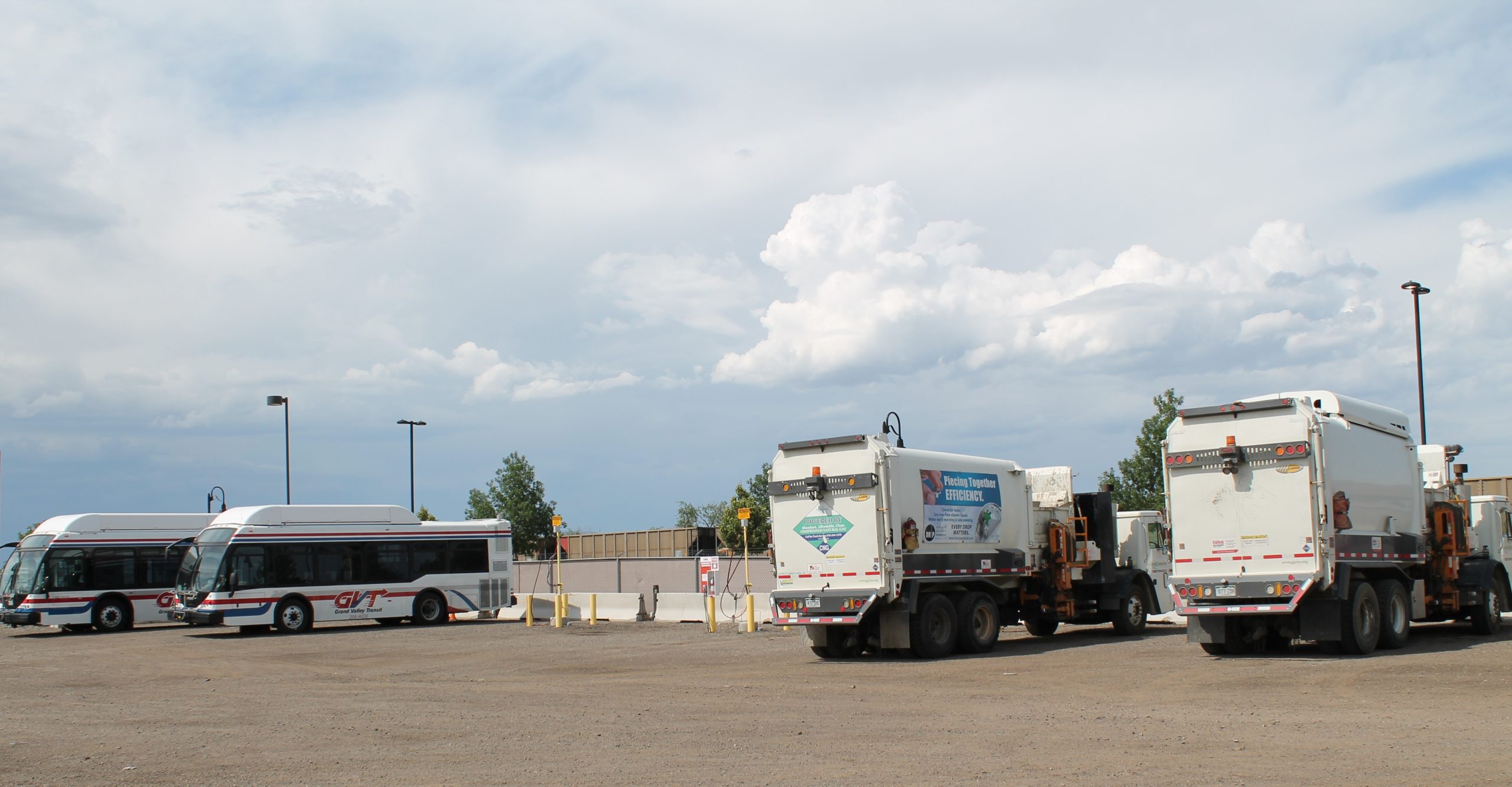 The Persigo wastewater treatment plant in Grand Junction, Colorado, a city of about 60,000, processes upwards of 8.2 million gallons per day of wastewater in two anaerobic digestion tanks (primary and secondary). The facility was built in 1983 with a current rated capacity of 12.5 million gallons per day. Build out of the facility will provide 25 MGD of treatment capacity. Like many wastewater facilities across the country, prior to this innovative project, biogas was being captured and flared rather than beneficially utilized. But as early as 2005, city officials began contemplating a small-scale biogas project that could be developed and implemented without the use of city tax dollars.

After years of planning, in 2014, the city contracted with BioCNG, LLC to design, build and operate a system to capture, collect and purify biogas to create vehicle-grade natural gas fuel, known as renewable natural gas
(RNG) or biomethane. In doing so it is estimated that approximately 460 gasoline gallon equivalents (GGEs) will be produced on-site daily and subsequently piped almost 6 miles to an existing compressed natural gas (CNG) fueling station. This ultra-low-carbon fuel — which achieves greenhouse gas emission reductions of 80% or more as compared to gasoline or diesel — powers 36 municipal natural gas vehicles, including refuse trucks, street sweepers, dump trucks and sedans as of June 2016. Ten Grand Valley Transit regional buses (already equipped with natural gas engines) are also fueled by RNG, with the option to add additional buses in the future.

It is the first biogas-to-vehicle fuel project in Colorado. The primary economic drivers are fuel savings and long-term fixed costs of renewable CNG fuel versus diesel and environmental credits generated under the EPA’s Renewable Fuel Standard. The total project cost, including pipeline, is approximately $2.8 million with an anticipated payback time of 7-9 years. The project will eliminate the equivalent of about 168,000 gallons of gasoline and diesel annually and prevent the release of nearly 3 million pounds of carbon dioxide into the atmosphere. The City of Grand Junction and Mesa County, CO jointly own the project. The project came on-line in the spring of 2015 and has been operational since.