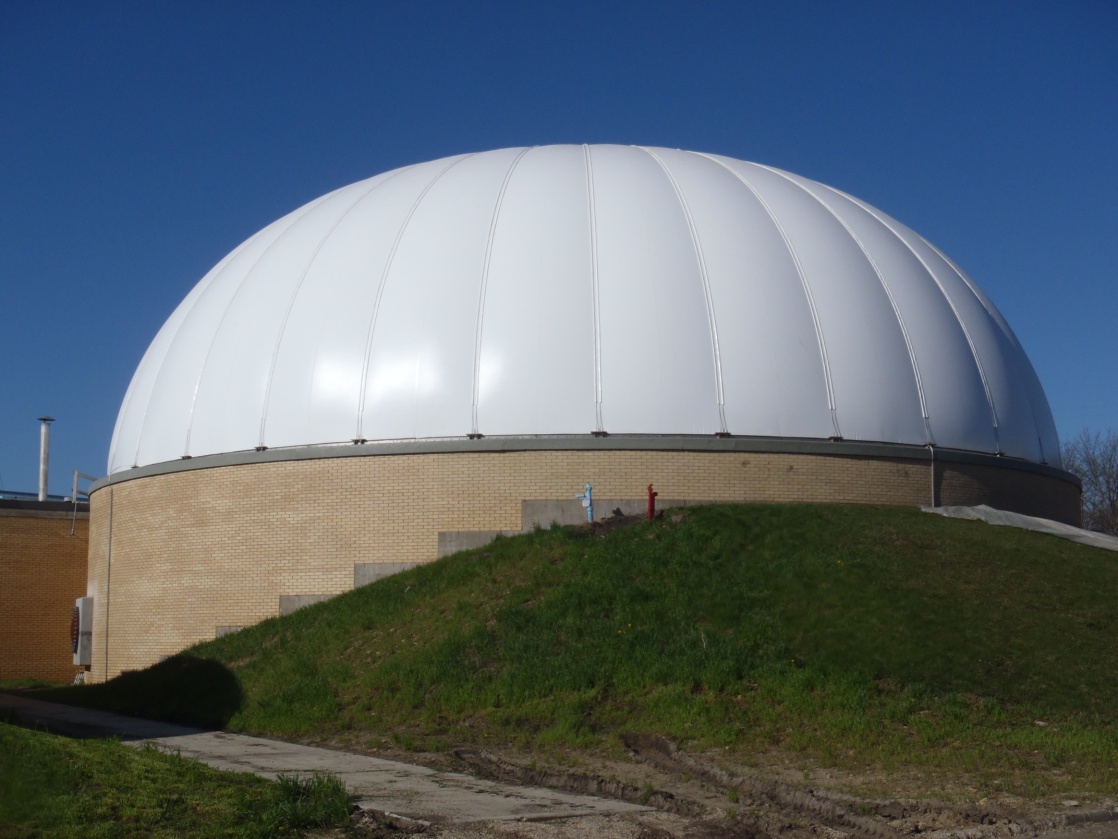 Up to 40 light-duty municipal vehicles

Since 1970, the City of Janesville, WI has been converting the solids residuals from its wastewater treatment plant (WWTP) into biogas, which it then uses to offset some of its electricity costs. Prior to 2010, the City had used biogas to fuel engine-generators, which provided electricity and heat for the anaerobic digestion process. As part of a major upgrade and expansion, the City replaced the engine-generators with four microturbines and added a process to remove siloxanes and other impurities. The microturbines have required minimal maintenance and have been reliable in the production of electricity and recovered heat. In 2011, due to the success of the biogas upgrades, the City decided to further enhance its biogas resource by adding the capability to refine the biogas for use as a vehicle fuel. The just-completed state-of-the-art facility will have 25% lower operating costs and will process high-energy organic wastes from food industries with its low-energy sewage waste in the anaerobic digesters to increase biogas production. A portion of the biogas will power some of the City’s natural gas vehicles. The facility will initially produce 3,650 gasoline gallon equivalents (GGE) of R-CNG annually, with the potential to produce significantly more in the future.

The gas treatment module and the R-CNG compression and dispensing equipment were added for $350,000. A grant of $125,000 from the State of Wisconsin will allow the City to purchase additional compressed gas storage vessels to improve the fill time for larger vehicles. Public funds were used for the other upgrades.