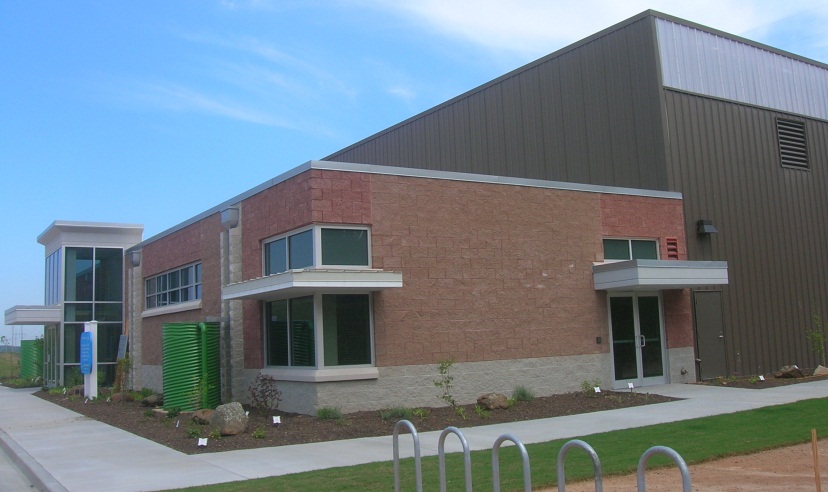 Designed, built, and operated by the Energy Systems Group, the DeKalb County Renewable Fuels Facility became operational in April 2012. It is the first facility in the US to have a fueling station on-site and generate electricity, renewable natural gas (RNG), and renewable compressed natural gas (R-CNG) from landfill gas (LFG) at one location. The LFG is collected from the decomposition of the approximately 2,000 tons of waste brought into the County’s landfill daily and then turned into RNG by removing all compounds except for methane. This RNG is then partially compressed on-site to produce the R-CNG that is sent to the Clevemont Road fueling station where it is used by DeKalb County’s sanitation vehicles and by the public. The excess R-CNG is injected into the Atlantic Gas Light natural gas pipeline to other fueling stations.

DeKalb County’s sanitation fleet currently has 70 vehicles that run on CNG and, due to the projected savings the Sanitation Department will gain from switching from diesel to CNG, they intend to adapt their entire 306-vehicle fleet to run on natural gas over the next decade. With the landfill having a remaining lifespan of 100 years and LFG production rates increasing, the Renewable Fuels Facility was constructed with the possibility of expansion. The LFG to RNG facility can be expanded to process twice the 1,300 standard cubic feet per minute (scfm) of LFG that it currently does and the number of fuel dispensers at the fueling station can be increased from two to four doubled-sided dispensers.

The total cost of the facility is approximately $10 million. The Department of Energy and The American Recovery and Reinvestment Act awarded the project $7.8 million through the Clean Cities Atlanta Petroleum Reduction Program. This program, with a budget of roughly $39.5 million, is funded by its partners and the Department of Energy’s National Energy Technology Laboratory to reduce dependency on oil.