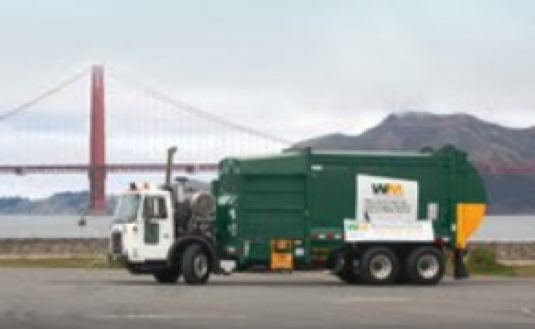 Since September 2009, Waste Management, in collaboration with NJ-based Linde NA, an international gas-producer, has successfully operated the largest R-LNG plant in the world at the Altamont Landfill in Livermore, CA. The facility produces up to 13,500 gallons of clean-burning R-LNG daily, enough to power a fleet of more than 300 WM collection trucks. By using R-LNG, among the cleanest burning vehicle fuels to date, WM eliminates close to 30,000 tons of carbon dioxide emissions every year while also enjoying significant fuel cost savings. WM estimates the supply of R-LNG at Altamont will last for at least 30 years. WM has already converted one-third of its Alameda County waste collection trucks to natural gas. In part due to the success of the Altamont facility, the company plans to convert the entire WM Alameda County fleet to natural gas in the coming years.

The Altamont Landfill project is cited by many as the greatest evidence for the economic viability of RNG. Of the more than $16 million in initial capital investment required to build the facility, $14 million was privately funded by Linde NA and WM. Public funding sources for the remaining amount included: California Air Resources Board ($610,000), CalRecycle ($740,000), Southern California Air Quality Management District ($250,000) and California Energy Commission ($990,000). Subsidies and tax credits earned under the “Advanced Biofuel” section of the Federal Renewable Fuel Standard continue to offset costs, but unlike many other renewable energy projects, the Altamont facility is largely a private endeavor.